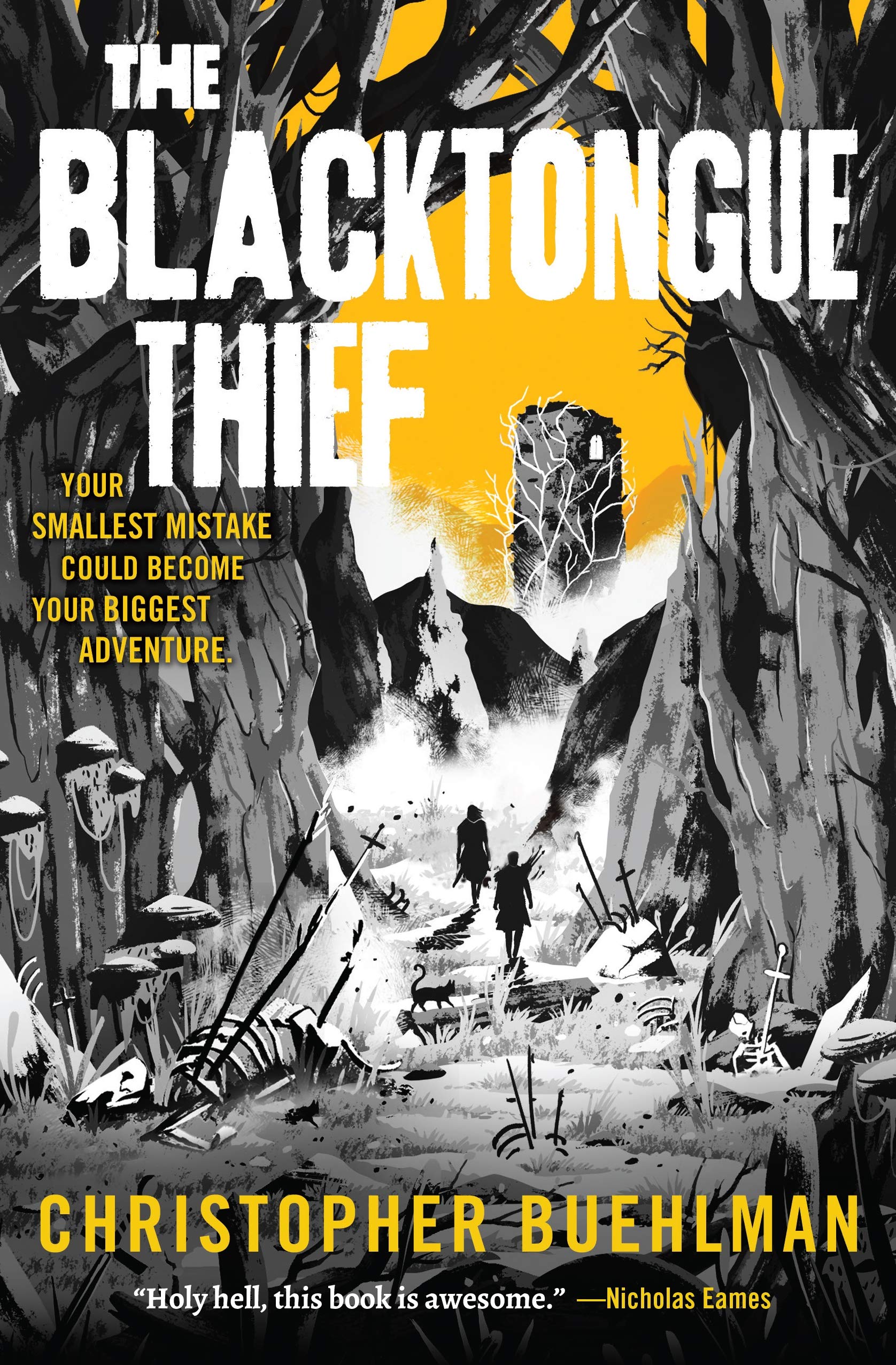 My Review of the Blacktongue Thief by Chistopher Buehlman

“There are moments which can change a person’s life for all time..” Bilbo Baggins, The Hobbit Cartoon, 1977, Rankin Bass.

When I was a kid, I waited every year for The Hobbit cartoon to play on TV. I think it was during the Fall. When Bilbo climbs that tall tree in Mirkwood and he sees the world from that treetop he wondered if that was a moment that would change his life forever. I knew sitting and watching that cartoon that I wanted to be a part of a world like that. My life had been changed. I would later be gifted a written copy of the Hobbit by my great uncle, that copy still sitting in honor on my bookshelf. I devoured the Lord of the Rings afterwards and I knew I needed to create a world as rich and beautiful as Middle Earth. And so I started to draw, and write, and learn to paint. And I created my own world for better or for worse, and I enjoy the playground it has given my creativity. If it will ever live up to Middle Earth… Well, I don’t like to compete with things, so I will just keep writing and drawing.

There are many books that have influenced my art and writing, and now I can add the Blacktongue Thief to that list. And to me it is a very important addition. See, my love for fantasy writing was forged by Tolkien and others, people who took fantasy very seriously, and their heroes most often fit a mold. So when I wrote, that’s what I always felt I had to write. Now when I run tabletop rpg games, I always fill it with humor and probably a few too many poo jokes, but that’s where that was supposed to be kept. You can’t have an epic fantasy with too much humor or mentions of poo, Tolkien would just feel that is too low class. So I kept my humor to my games and I kept my art and writing serious.

And then I read The Blacktongue Thief. Not that this book isn’t serious. It is. But it deals with that seriousness in the way I do in real life, with some dark humor and a laugh. And after reading it, it’s like it gave me permission to write about serious stuff with a bit of humor. Many books have influenced my writing, but this one opened up a whole new language.

The book is great. The storyline is great. And the audiobook, narrated by the author, is also… great. The worldbuilding is fresh. The fantasy mixed with horror gave it an edge that gave the tired old fantasy tropes some new breath. In fact most of the world is told in a way that brought new life to everything. When a goblin is encountered, you are not expected to know what a goblin is, nor is it the one you expect. It is something new. And it is terrifying. This holds true for most things about this world. It’s not just new adventures in a new shade of Middle Earth, it is a living breathing world on its own.

I have now recommended this book to everyone who will listen, bought a Hardback copy to hopefully get signed, and even wrote this review when I should be cooking dinner. So this has all just been a long winded way of saying, just buy the damn book and read it.