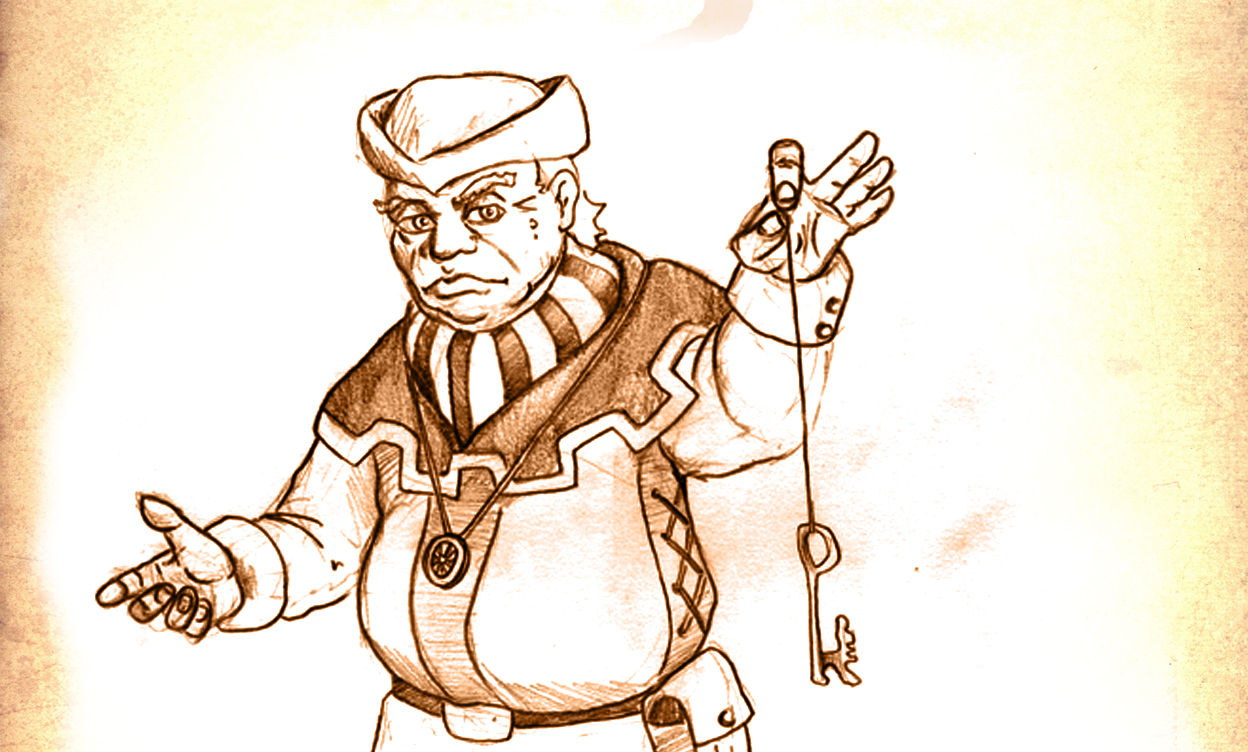 In this article, I address a statement I have heard players and GMs alike voice, namely that most NPCs should be 1st level at most or “commoners”.

In times of war, those who actually see a good deal of battle and survive, either gained a good deal of experience, or just had really really good luck. So if there has been a recent war, and the common man was conscripted to fight, it is quite possible a large percentage of the surviving males in the land between say 15 and 40 years of age, all gained 1 to 4 levels, if the war lasted a while. But these fighters are generally not interested in adventuring, and return home to go back to their common professions, be that farmer, baker, black smith, city guard, rich man’s second or third son, shop keeper, bar tender, etc.

Furthermore, in a highly magic world, where there may have been numerous clerics to support the war effort, it is quite possible that young men in the service of their god would have been conscripted to help make healing potions, tend the wounded, cast blessings and other spells, and even learn offensive spells. Likewise, young adepts may have been sought out and conscripted to serve as apprentices to higher level wizards or sorcerers. Again, those clerical and mage apprentices who survived long enough to see the end of the war might have earned enough experience to be 1st, 2nd, or even 3rd level spell casters. The clerical ones might return to their home towns to serve their local temple, while the mages might return to their previous professions, or be satisfied with starting their own magic shop … just the ability to cast detect magic and identify would be powerful boons to a magical shop owner in determining how valuable any so called magic items that adventurers bought into the shop might be. So there need not be a huge all consuming desire on a person’s part to be an adventurer in order to have a few levels in a PC class as opposed to the strictly NPC classes from the core rule book.

On another tact, how many young men and women today go off to college to study something and change their minds, or get a degree or two in something and discover they just don’t really enjoy it like they thought they would and go off and do something else? The same could be said for some NPCs who go to study magic at a local wizard’s tower. Maybe they only got so far and just couldn’t keep at it. Maybe they could never quite master that fireball spell, or maybe they did, but set it off in the magical library and got expelled! They would be 5th to 6th level to master a fireball. So where do they go now if they aren’t brave enough to go adventuring out in the wilds? Maybe they hire on as a wizard at a local keep, run by a lesser duke, baron, or earl. Maybe they start their own potion shop in town. Someone less scruples might hire on with a criminal boss to add firepower to his crew … sleep, web, magic missile, and lightning bolt would all be powerful spells against 1st and 2nd level street thugs.

I have been running campaigns for over thirty years now, and my players know to never assume everyone around them in my towns are 1st or 0th level, even if they look like commoners.

Many retired NPC adventurers in my worlds own bars, inns, taverns, stables, smithies, magic shops, and the like, and that goes for PCs as well. Some of my highest level players retired their characters and invested their fortunes in helping others. A high level priestess built a new temple in a major city and took on lower level priests and trains them and sends them out to spread the word of her god. A high level paladin reclaimed a ruined castle, hired workers to refurbish it, and started his own fighter’s guild, with a training center for would-be fighters, including a training center for horses and horsemanship. A high level sorceress started her own mage town in the heart of a major city and has dozens of high level teachers and scores of lower level acolytes learning magic. She hires PC parties to search for rare magical ingredients or lost magical tomes, while she researches new spells and creates potions and magic items.

The answer to the question of why these people aren’t out fighting the fights for the city, country, etc. is that they already have, and they are enjoying the fruits of their labor and retirement.