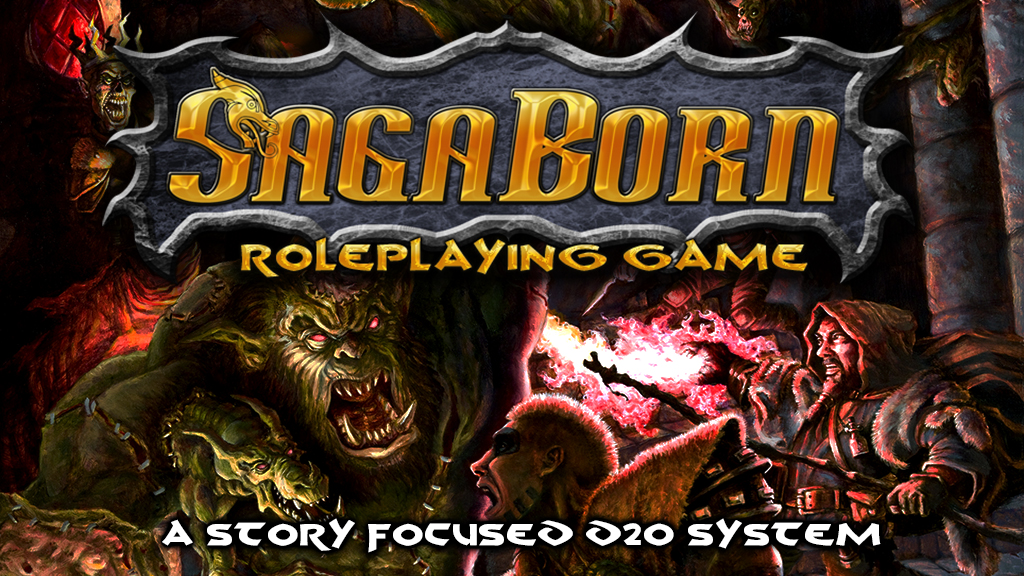 Since the Song of Creation wove our world into existence, we have sought for more than mere survival. We pray into the darkness, but the darkness remains silent. So it is up to us to find our own way. This is an age of chaos and strife. An age for new heroes. This is the age of the SagaBorn. 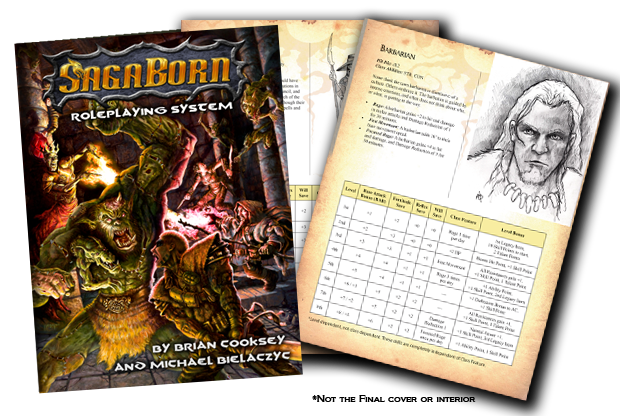 Yesterday we launched the Kickstarter to help fund the first printing of the SagaBorn Roleplaying Game. We were funded in under 12 hours, so now we look forward to hitting some of our funding goals.

The SagaBorn Roleplaying Game was created as a simplified D20 system. Its goal is to be simple, streamlined, and efficient. It is meant to encourage more storytelling and epic action rather than browsing through rulebooks and arguing over what is “allowed.”

What is SagaBorn RPG?

This 8 level system was created for the Dark Return setting, but can be used in almost any fantasy setting.

We have some nice Funding rewards, and all backers will have their names mentioned as helping to bring SagaBorn to life!

Find the Kickstarter below:

Thanks
Michael and Brian