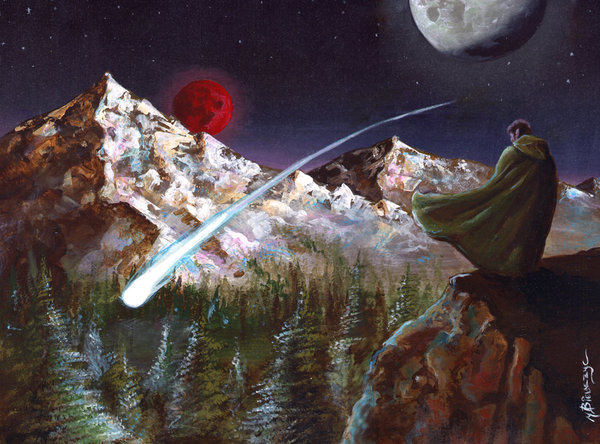 When creating Atheles, Michael Bielaczyc and I have worked hard to ensure SagaBorn gameplay becomes an immersive, story-based experience with interpersonal drama and engaging narrative rather than mere power gaming.

An engaging narrative is difficult to accomplish when writing a book, but it is even more difficult to accomplish in a game whose story is controlled, in large part, by the players themselves; this has become especially true in today’s post-MMO world where players crunch numbers in order to find the greatest efficiency in killing bad guys and racking up experience points.

When Mike and I started gaming in 1989, the numbers seemed almost invisible to me. They were merely a means for adding excitement—a dose of the unexpected, building tension as we awaited the intervention of the fates to determine whether a blow would save the group or make us some monster’s meal. Never did I do math to determine the most efficient means for my character to maximize his damage output versus his enemy’s armor class—that would have demystified the experience. After all, in my own life, I have no numbers to crunch in regard to my physical strength. I have only the sensory experience of pitting my own relative strength against another’s. So when creating a character, I would attempt to get the best numbers I could on my stats, then dive into the story; my pursuant strategies were then material rather than numeric. I would often make sacrifices on important stats in order to increase other stats that, while having little impact on the outcome of a fight, made more sense for my character’s story arc. Power gaming tends to preclude interesting characters type such as the philosopher fighter, wise beyond his years. Even rarer is the character who intentionally lowers key stats: the clumsy rogue, for example, or the repulsive bard.

As Atheles continues to grow in both popularity and depth, and as we continue to play in this world, we find that the experience encourages greater and greater immersion. Following a game, it is increasingly common for us to receive stories from our players about their characters.

As we play, we find that the depth of detail about the many cultures of our world make for uncomfortable, yet interesting, encounters between our players. Dwarves, for example, can be a rambunctious bunch, and seem to be quite fun, but are incredibly easy to cross, exposing the barely concealed darkness that lurks beneath their boisterous outward personalities. Wizards are often shunned for their abilities, even by their own party members, because wizardry is rarely celebrated in Atheles, and can even result in castigation, exile, or execution.

In one group, a character played an archeon, a class skilled in working with—and dealing with—mages. The archeon devoted his life to preventing ravaging magic, which nearly destroyed the world many centuries ago, and has left great tracts of the world a twisted wasteland. Another character in this party was a wylder mage who saw no problem with ravaging, so long as the power was drawn from an enemy about to be killed anyway. How does an archeon handle this? The logic seems sound: what’s the harm in drawing power from the condemned? Yet this goes against everything the archeon has devoted his life to.

Our players have often contributed to the building of the world, for they have become invested in the story, and wish for their ideas to become a part of it.

And we invite this sort of collaboration. We can never guarantee that all ideas will become canon, but they are always considered. If they are not adopted into official documentation, then you can consider your world a branch of ours—one of the infinite slices of a multiverse which is limited only by the creativity of the game masters and players.